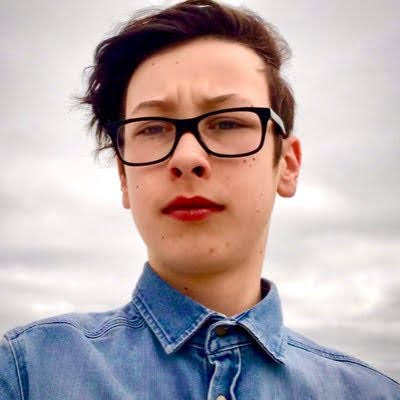 As I did with the WWDC20 Keynote and the “Time Flies” event last month, here are all of the transitions from yesterday’s Apple event!

The introduction for the October 13th 2020 Apple Event, where Apple released a new HomePod and iPhones.

Designing the Pixel 5 in 34 seconds

This is totally, 100%, definitely, honestly, actually, real. Because Google designers uses Pages and Photos on iPad.

Jobs vs Ballmer: One Small Difference.

Steve Jobs and Steve Ballmer may have had the same first name and may have both been the CEO of two great tech companies, but that’s about all they shared in common.

As I did with the WWDC20 Keynote, here are all of the transitions from today’s Apple event! The people of the internet seemed to like that, so I figured they’d like this too.

The introduction for the September 15th 2020 Apple Event, where Apple released new iPads and Apple Watches from Apple Park.

I am building an app that allows you to listen to all of the sounds in Apple operating systems, including watchOS 7. I noticed that two sounds called “Ringtone” and “Ringback” have variants named for different countries. The ringtone has a variant for the UK and the US, and the ringback for ANSI, CEPT, Australia, Hong Kong, and the UK.

In this useless video, I open an Apple TV, almost drop it, plug it in, turn it on, and follow the instructions. That’s it. So, enjoy…?

During the WWDC20 Keynote, Apple showed some very cool transitions between presenters placed around Apple Park.

Sorry, Scotty. We completely ran out of you.

In fact, technically, we kicked you out.

Turn Your Old Apple TV into a HomePod!

Got that old Apple TV 3 lying around? Turn it into an AirPlay speaker!

This works like a HomePod, but without the Siri nonsense - YOU choose the music.

Noah Turning The Christmas Lights On!

In 2016, I turned on the Christmas Lights along with Henry Hallam for Plymouth. This is an important event for my city and it was an honour to stand on the stage.

Every year, I hold a Handmade Hearts Bake Sale to raise money for Little Hearts Matter. This video shows our first event, in 2016.

It’s in the title.

This video was a school project in 2016 that has since stayed public.