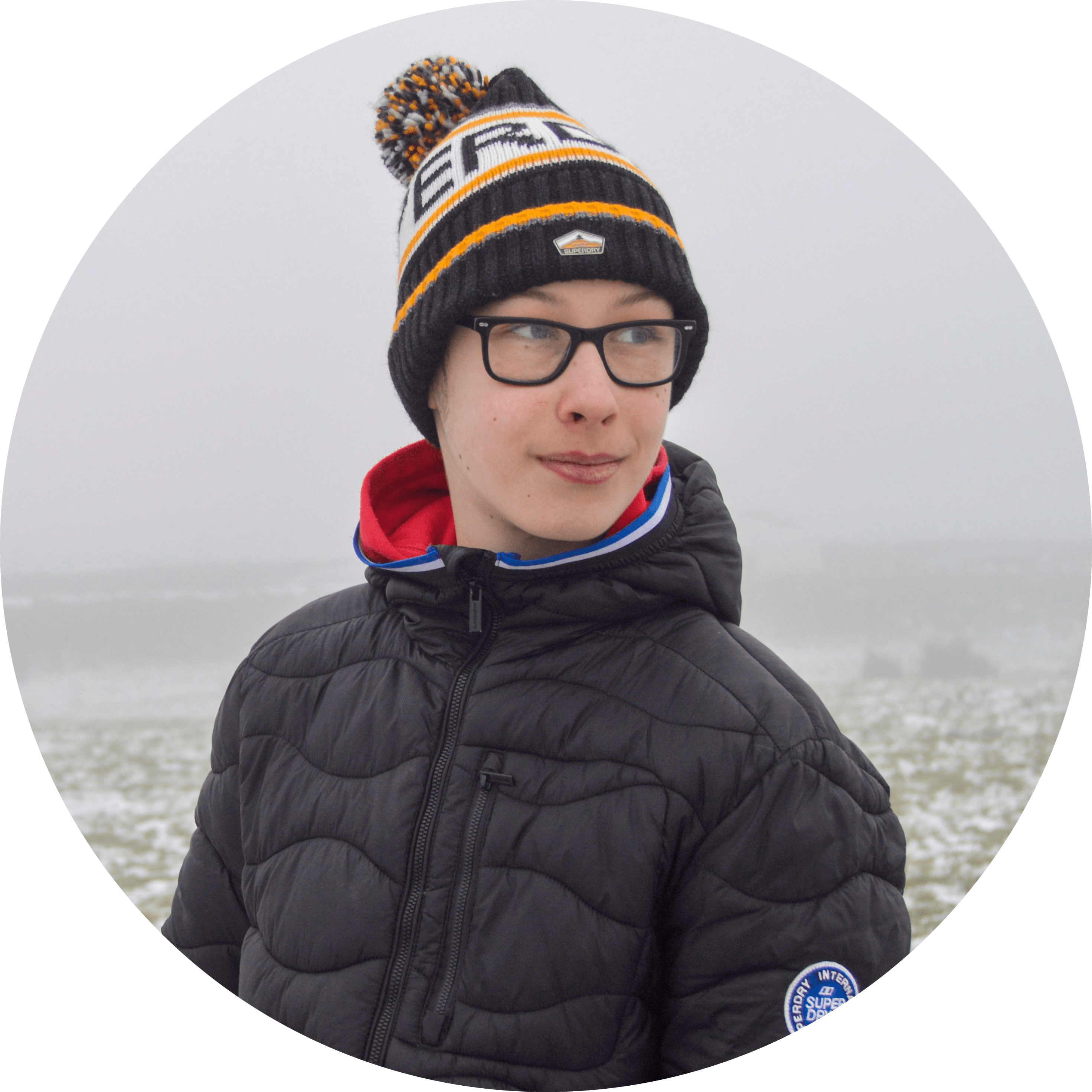 A quick word on ads in iOS

Over the last few days, I’ve Tweeted about how iOS does have ads; even though the Apple sheep will defend them till the end of time, and show every example of Samsung phones, etc having worse ads. Some people have disagreed with what I’ve said (it’s the internet, after all) so I’m going to lay out exactly what I think here — and what Apple could do to fix this.

Before I get started, I want to say that I develop iOS apps so I do have knowledge and expertise of the App Store Review Guidelines, so I’ll look over them later. I also use and prefer an iPhone as my daily phone as of now, and these ads — however annoying — don’t greatly change my relationship with what I believe to be a great device.

Here is an ad that I received from the TV app just a few days ago.

This is an advertisement for the new Apple TV+ show ‘Losing Alice’. I have no interest in this show as of reading this notification, placed at the top of my iPhone’s lock screen. If I did, my views would be different — I’d be eager to watch the new show. But I’m not, so it’s irrelevant for me. This is why personalised advertising was….invented.

Even before the internet, personalised advertising was a thing. You’re not going to see an advert for a kids toy in the middle of a traditional TV programme at 11pm at night, are you? The internet simply made this much easier — instead of targeting towards a demographic (for example, the TV channel will know by the programme they are broadcasting who will be watching, and advertisers can place ads accordingly) the internet and social media makes it possible for advanced algorithms to target ads towards individuals. If you logged onto Twitter’s, Facebook’s, Instagram’s, or pretty much any ad platform nowadays, you can select a list of interests, a location, age range, and so much more. I’ve done this, I have experience with it. When you say “I want this ad to target individuals in South London, between the ages of 20 and 35, who have children and interests in parenting products”, the platform will cross-reference that with its database of users. It’ll see that Kelly - who lives in South London, is 28 years old, and who has just posted that her daughter has turned two years old to her timeline — shares these interests. Kelly will then see your ad. This is incredibly simple, but it’s how most of the big tech companies make their money. (Ever wondered why Facebook are so scared about Apple’s privacy initiatives? Well….)

Coming back to the Apple TV+ add, this is a clear example of where personalised advertising can help, and does help. It’s how Netflix almost always knows what you want to watch (have you ever seen a show in your Home Screen with a ‘match’ rate below 60%?) Netflix actually sends you notifications “Made for You: Some Great Show”, which is just what Apple needs to do here. I’m happy to receive notifications when it’s something I might be interested in. Apple will likely never do this though, because of the ‘privacy’ and ‘data collection’ they’re oh so strongly against. In fact, the TV app on Apple TV doesn’t even have a “Recommended for you” section that ‘competing’ services such as Netflix and Disney+ have.

There’s also the issue of how I never consented to these adverts, which is against the App Store Review Guidelines:

4.5.3 Do not use Apple Services to spam, phish, or send unsolicited messages to customers, including Game Center, Push Notifications, etc.

4.5.4 …Push Notifications should not be used for promotions or direct marketing purposes unless customers have explicitly opted in to receive them via consent language displayed in your app’s UI, and you provide a method in your app for a user to opt out from receiving such messages.

That’s a lot to pick through. Starting with 4.5.3, this rule states that you should not send unsolicited (unwelcome, unwanted) Push Notifications to users. In my case, as I’ve explained above, this is an unsolicited message. I am not interested in the product (the TV+ show), and I didn’t ask for these notifications. There’s a possibility that, when I set up my iPhone and thus the TV app, I did enable notifications. I can’t remember that. But I can assure you that I did not consent to marketing notifications; hence why I’m complaining here — I don’t want these notifications! Coming to 4.5.4 now, this is the most interesting part of both the rules. Firstly, the “explicitly opted in” part links back to 4.5.3, which I’ve already talked about. Next though, which I find most interesting, is the part of this rule that forces developers to add an option to unsubscribe (opt out) from promotional notifications. I have searched the ‘settings’ of the Apple TV app on my iPhone (iOS 14.3), and I cannot find an option to opt out of these notifications. If there is an option, then that means that it is convoluted and hidden, which is honestly not a good look — especially from the people who write these rules.

Lastly, on the topic of Apple TV+, I want to make it clear that I do subscribe to the service and watch content on it regularly. Which means that, yes, Apple aren’t trying to get you to buy anything — they’re trying to get you ‘hooked’ on a new show so you keep paying for TV+.

I want to say one last part about Arcade, Music and Fitness+ — again, all services that I pay for and subscribe to. Firstly, on Arcade, I received a similar notification last week from the App Store (where Arcade is housed):

This is again, clearly an ad. For all of the reasons that I’ve talked about earlier (consent, interest, App Store guidelines), I’m not happy with this. Focusing on interest for Arcade, though, there’s actually an option in the Account view of the App Store (tap your profile picture on the Today or Arcade screens) for personalised recommendations:

I’d assume (and hope) these can be disabled somewhere, though that’s not related to what I’m talking about today. Still, I’ve played two games on Arcade since I subscribed to it, and I don’t even have games installed on my iPhone. This is exactly where personalisation could help — and I’d trust Apple more than any other tech company with the appropriate data. This page also doesn’t give options for notifications, which is where I’d expect those options to be.

Switching to Apple Music now, whilst I don’t have any screenshots of this, it does send notifications for new music from artists you like. This is clearly personalisation, and where it can be useful. Because the Music app serves a sole purpose, I’d be comfortable disabling notifications for the app as a whole — whereas with the App Store, I’d like app update alerts and with TV I’d like more personalisation for notifications. It would be good if I could follow artists in Apple Music, like with Spotify, and thus control whose music I get alerted for. I’m not sure if there’s an existing option for that, but I’ve been using Apple Music for over two years and I’ve never stumbled across it.

And lastly, for Apple Fitness+. This is one of the most interesting services, and here’s the notification I received earlier this week:

This ad appeared on my iPhone the day Time to Walk launched. I do subscribe to Apple Fitness+, and own an Apple Watch, so my views on this one are different. Whereas with TV+ and Arcade, I had no interest in the product — and, if put into place, Apple could have detected that using algorithms and machine learning (you know how much they love to scream about on-device ML!) — I am interested in this product. Apple could have figured that out by using data to see that I own an Apple Watch, I subscribe to Fitness+, and I often use the Workout app on my watch. I’m not sure if they did this — but I highly doubt it.

Whilst you might see what I’m saying as me ‘picking and choosing what ads are relevant to me’, that’s….literally what targeted and personalised advertising is, as I explained above. Apple should know that I won’t be interested in a new Arcade game or TV show, but I would be interested in a new Fitness+ feature because of my usage habits. This is how many, many online services work — and Apple are just behind, purely (the way I see it) because of their refusal to use vast amounts of user data. There’s a fine line between stalking your users and creating a great experience, but I’d trust Apple with my usage activity, service habits, and other data points more than, say, Facebook or Google.

All in all, what I’m trying to show is that these notifications, whilst useful if targeted, are pretty much against the App Store Review Guidelines, which — funnily enough — Apple’s own apps do not have to pass to appear on the App Store or be preloaded with every iOS install on every iPhone and iPad. (And iPod touch, but we don’t talk about that.)

If you’ve got anything you’d like to add to the discussion, feel free to Tweet me @ThisIsNoahEvans and I’ll aim to engage and reply to as many people as I can. With a conversation based around targeted advertising and user habits, it’s important to see many sides of the story. I’m not opposed to personalised ads when it’s done privacy consciously and transparently.